After the cancellation of the 2020 festival at short notice, the Grenzland-Filmtage team planned the 44th Grenzland-Filmtage International Film Festival 2021 as a hybrid event from the very beginning. This means that the usual cinema screenings in Selb and Aš - of course with a carefully planned hygiene concept and limited attendance - were to be supplemented by an additional online offering. The current developments of the Corona pandemic with rising incidence levels nationwide, the particularly tense situation in the Czech border region and the increased spread of particularly contagious virus mutants have now led to the difficult decision that the presence events in Selb and Aš can unfortunately not take place in 2021. The 44th Grenzland-Filmtage will therefore be an online-only festival.

"As much as we regret the renewed cancellation of the cinema screenings in Selb, we are also pleased that we are well prepared for this situation and can bring the Grenzland-Filmtage International Film Festival directly into the living rooms at home. We have put a lot of thought into creating as much festival atmosphere as possible at home. Like in the cinema, there will be an opening event and introductions to each film block. We have also received greetings from some filmmakers and there will be recorded film talks, so that in the online festival you also have the opportunity to get to know the people behind the films and gain additional insights around the films," emphasises Kerstin Fröber. "For our visitors, the online festival also means more Grenzland-Filmtage than ever before. In the online festival, we don't have to limit ourselves to just a few cinemas and days and can therefore present as many films as never before and for as long as never before. In a period of a whole two weeks, almost 100 films from all over the world are waiting to be discovered by our visitors."

To ensure that personal encounters during the festival are not neglected even under the current restrictions, a virtual "festival pub" will be open as a meeting place for visitors, filmmakers and the festival team during the Grenzland-Filmtage from April 8-21, 2021. The traditional award ceremony will also take place there on April 23, 2021.

First select the relevant film on our website. As soon as the advance sale is running, you can buy a ticket via the Online Ticket option. To do so, click on one of the payment buttons below the film description. Then select a payment option. After you have entered the necessary data, you will receive a purchase confirmation and your ticket ID. This is a sequence of letters and numbers that you can use to play the selected film immediately or at a later date. Once the film has started, it will be available to you for 24 hours.

* With the Soli-Ticket you have the opportunity to voluntarily pay a little more for your ticket, e.g. to additionally support the Grenzland-Filmtage or if you watch the film at home as a couple or in a larger group (i.e. you would buy several tickets at the cinema).

** The contingent of festival passes is limited to 100. One Festival Pass allows you to watch all films - 96 films in total - during the online festival (April 8 - 21). Anyone who forwards us the confirmation email about the purchase of the Festival Pass by e-mail with the subject "Goodie Bag" and also provides their postal address will receive a goodie bag with lots of great surprises as a thank-you gift. The email address is info@grenzlandfilmtage-selb.de.

Online tickets can be purchased with PayPal and credit card (VISA, MasterCard).

As in the cinema, the number of viewers for the films at the online festival is limited. A contingent of 300 tickets is available for sale for each film block. For early ticket purchase we offer a pre-sale from (date - to be announced).

The presale starts on Thursday, 01 April 2021, 18:00. This means that visitors can already purchase ticket IDs with which they can activate the selected film after the festival begins. Ticket IDs purchased in advance are not personal and therefore also a nice gift idea.

Many questions are certainly answered in the "FAQ" section (further down this page). However, if you experience any problems or have any questions during the online festival, we will be happy to help you by calling 09287-9652771 at the following times during the festival period:

You can also reach us at the following email address: support@grenzlandfilmtage-selb.de

The best comes at the end - the traditional conclusion of our festival is the Filmtage Brunch at JAM at attendance times, including the award ceremony. Which prizes are awarded during the Grenzland Filmtage is explained on this page. We would also like to tell you here how the awards ceremony will be held this year.

IIn cooperation with Rosenthal GmbH the annual audience awards are presented in the form of a high-quality porcelain vase. The winners in the categories feature film, documentary, short film and medium-length feature film are determined by the audience. 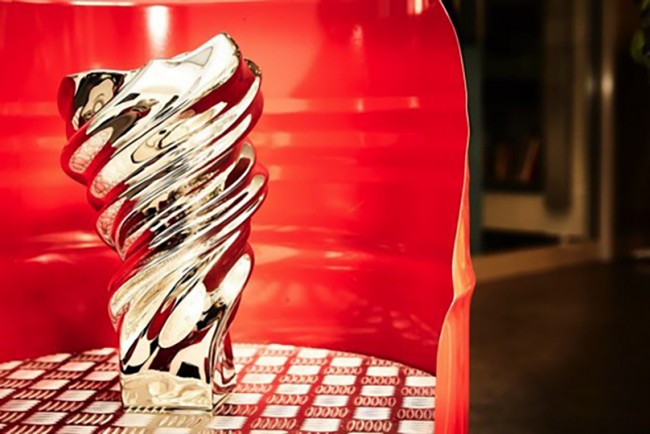 In the online festival, voting is as simple as clicking after the film. During the film credits, a rating scale with five stars is automatically displayed. Here you can then give your rating, e.g. five stars if you particularly liked the film; one star if you did not like the film so much.
The rating scale can also be called up manually at any time during the film stream by clicking on the "thumb symbol" at the top of the film window.

Each ticket (ticket ID) has only one vote per film. As long as you can access the film (24 hours from the time you first started the film stream), you can change/update your rating at any time. After the 24-hour period has expired, voting is no longer possible.

In film blocks (documentary, short film and medium-length feature film), each individual film can be rated. The supporting films for the feature films can also be voted on.

The films of the special programme and the children's films are not in competition for the audience awards.

For many years, the prize for the best Eastern European film has been awarded in the name of the city of Selb. A changing jury chooses the one that impresses you the most from a selection of films. This prize is donated by the city of Selb and comes with prize money of € 500,00.

Thanks to a cooperation with the Sparkasse Hochfranken, the best works of young filmmakers are selected and the winning film is rewarded with prize money in the amount of € 500,00. This film award is also decided by a changing jury, which selects the most successful work by young filmmakers in their eyes.

And finally, there is one prize that is always awarded first and foremost in presence: The selection of the best children's film. To determine this, usually about 250 ZuKis (Zukunft Kinder e.V.), i.e. day nursery kids, storm the cinema on Thursday morning before the official opening and vote for the best children's short film. This year, the cinema comes to the after-school clubs beforehand and the winner is announced at the big award ceremony.

To ensure that personal encounters during the online festival are not neglected even under the current restrictions, a virtual "festival pub" will be open as a meeting place for visitors, filmmakers and the festival team during the Grenzland Filmtage from 08 - 21 April 2021. The traditional award ceremony will also take place here on 23 April 2021. This virtual meeting place will be realised via the online platform "Wonder.me". Click here for the virtual meeting point Grenzland-Filmtage.

The online platform "Wonder.me" offers a virtual space where you can spontaneously and easily connect with others. Many people in one room, but you are not confronted with everyone at once. This platform is intuitively designed. When entering the room, you enter your name, take a digital photo and release the camera and microphone for the application. Once in the room, you move your own avatar by clicking and holding on the area you want to "visit" in the room. You can "walk around" the entire area of the room, similar to a real event. Various areas (e.g. documentary zone, short film lounge, etc.) are indicated in the room for orientation. By means of the areas, you can see at first glance where like-minded genre fans are and then start a conversation with them. Once you have entered such an area, you can connect and talk to people who are close enough to your own character. Up to 15 people can interact with each other at the same time in such a conversation circle. You can switch from one conversation circle to another at any time, all you have to do is move your character.

Wonder.me will be available as a virtual meeting place during the festival days (08.04.-21.04.2021) and team members of the Grenzland-Filmtage Selb will also be there at certain times. During the festival, a contact person from the team will be present every day for the "Social Hour" between 7 and 8 p.m.. However, this platform will mainly be used for the award ceremony, as there is a "broadcast" option for this. All conversations are then interrupted and attention is focused on the people "on stage". This gives you the feeling of being present at the award ceremony without having to leave the house.

Please note that access to "Wonder.me" is only fully supported with the Chrome or Edge browsers. Smartphones and tablets are currently not supported. In addition, there may be interference if another programme or app such as Zoom or Skype is open in addition to "Wonder.me" and has access to your webcam.Further details and answers on how to use "Wonder.me" are linked here: https://help.wonder.me/en/articles/4947041-faqs 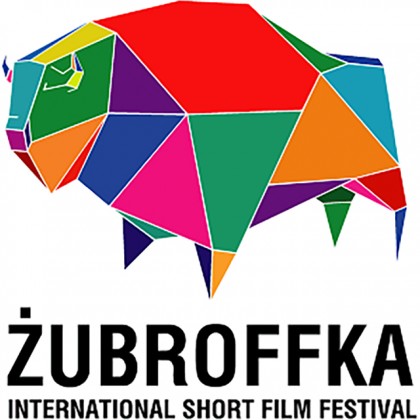 We are partner from the begining and maintain the good contacts to our friends in Poland. Every year we show the best-of the polish filmfestival. 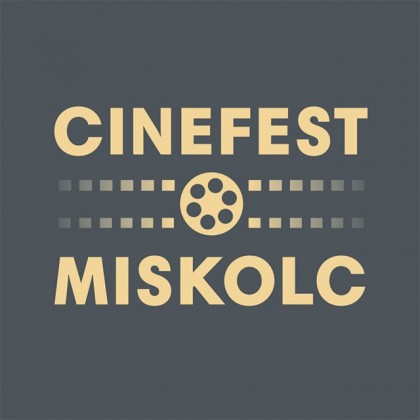 Every year we screen the best movies of the hungarian festival. The people, who organize this festival, are friends of us. 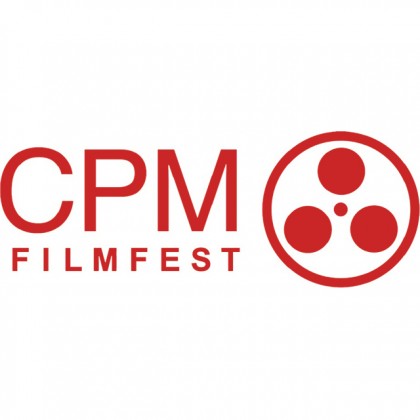 Our youngest partner festival is the Cinema Perpetuum Mobile. The interntional Shortfilm-Festival is in Minsk in Belarus.